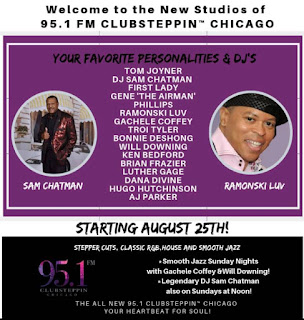 The first drama filled narrative of the frequency 95.1 FM on Chicago's radio airwaves is over. Well at least for the moment. The first year saga of an internet streaming station attempting to simulcast to the terrestrial frequency 95.1 FM ended at 12:00 AM August 23 as LaMont Watts the initial entrepreneur, owner of Future Vision Entertainment, ended simulcasting to the 95.1 fm frequency however, the Internet Stream is still available through the Future Vision app and on the Internet at this address  http://clubsteppin.com/.

The music blend from this operation was eclectic and a unique experience to Chicago. Chicagoans were treated to a different presentation of the sounds that they loved. It wasn't the same cookie cutter formats adhered to by the "radio professionals." Clubsteppin.com was basically like the old WKKC College radio format on "steroids".  It was labeled the "Steppers Dance Music" format. Many radio veterans scoffed at the idea of a Steppers Music format their response was Steppers Music "ain't no format!" However, LaMont Watts's  simulcast to the 95.1 fm frequency with clubsteppin.com was like a breathe of fresh music in the air. The experiment truly inspired people in the steppers community to listen to radio again. The inspiration and impact was so powerful that it convinced professionals and others in the industry to work for free because it was believed that an Internet Streaming Station simulcasting to fm translators could be a "Game Changer" profitable and successful as a business venture. What Mr. Watts proved is that Chicagoans want something different than what is already available to them on the radio.  It also brought out the worst side of some black people as others sought to takeover the frequency and buy it for their business purposes. It also proved that the profitability of an Internet station simulcasting to fm translators is another story.

When I responded to the reports of the change of the lease to 95.1 FM the questions and responses from people in Chicago were incredible it opened my eyes to the many feelings that people had about what they have experienced listening to the 95.1 fm frequency. Chicagoans were taking sides about an Internet Stream simulcasting to 95.1 fm.  I felt really sorry for the disappointment. And both sides were complicit in escalating a war in the courts of public opinion. Both sides kept secrets what was going on leaving people in an abyss as to what was going on. Alas though radio and the media is not known for reporting on itself. Let me try to recap this saga for you.

When Mr. Watts started the lease of 95.1 fm in August of 2018, industry insiders were all a buzz about the "new" station. Where did it come from? How did he do it? With what money? Most people did not realize that the operation was an Internet Stream. An actual FCC licensed station has calls letters, a frequency, transmitter and antenna. During my first Facebook Live from From The Desk of Professor Reggie Miles, I tried to explain how technology was employed in the first experiment of simulcasting to fm translators. Also, I stated that the station was a lease and that it would be expensive to pay the lease and anyone seeking to go there for a job should NOT expect to be paid. However for many radio personalities once you get that "taste of radio" in your mouth its hard to ignore it and a radio personality will always crave that taste and when an opportunity presents itself the personality will move to satisfy the craving.

During the first 6 months of operations many personalities were coming and going at the operation headed by Mr. Watts. The reality is people will work for free for a minute but when the personality realizes that they have to spend money to do the job without some compensation for at least gas expenses that creates problems for the operations. This happened to Mr. Watts, the personalities wanted to get paid and Mr. Watts could not pay his employees. Eventually, internal differences at Mr. Watts's clubsteppin.com arose. Personnel were in mutiny mode as the allegations of poor business practices grew like "weeds" around the operation choking any chances of success. Six months after the start of simulcast it was clearly visible that it would be only a matter of time before the first experiment would crash and burn.  What was intended to be the future of radio had turned into something entirely non-business like and ugliness with both sides being complicit in creating an aura of misinformation while at the same time camouflaging that a hostile takeover for the lease of 95.1 fm was brewing right under the nose of Lamont Watts.  Clubsteppin.com was DOOMED anyway without the hostile takeover because it became evident that the station was not generating enough revenue to sustain itself in both the infrastructure and personnel.

The announcement began a flood of questions as to what was really happening with LaMont Watts and his clubsteppin.com operation. Rumors, lies and innuendoes were abounding about the state of Mr. Watts's operation which in truth was a list of bad business decision making and a failure to pay the lease for the simulcast.

To keep up morale during the apparent takeover Mr. Watts and his Future Vision Entertainment clubsteppin.com crew tried to explain away the issues that surrounded the operation on July 17 2019. Mr Watts during the Facebook Live conference attempted to reassure his audience and his personnel that all was well and his operation was still going. The conference said many things but revealed little in facts about the state of the operation. You had to "read between the lines" to figure out what was actually being said. My experience as a researcher in the radio industry led me to conclude that the operation was in financial trouble. And many people would be hurt once it was discovered that the lease was terminated and their voices would return back to the Internet only.

A week later another Facebook live event was held with Sam Chatman, Ramonski, and Tracey Bell. Their presentation announced the return of Sam and Ski back to the airwaves and the reasons for their  departures from Mr. Watts and his operation. It was much that was being stated but little was revealed regarding the facts. Dates of the changes were stated but the facts of the changes were unclear. We're going on in 10 days then two weeks -- etc. It was another read between the lines session. The truth of matter was that the lease of the frequency 95.1 fm had not been terminated so really no definitive statements of the new lease could be made only the statement regarding new owners. However, the plans of a takeover were in full effect. It all ended this way.

On Thursday night 8/22, Mr. Watts issued a mass text to his staff stating in part that the lease which allowed him to simulcast to the 95.1 FM frequency was over. No more 95.1 FM for clubsteppin.com. He thanked everyone and the game was over.

"Tune your radio to 95.1 FM or if you are outside of Chicago....go to our 95.1 Clubsteppin Chicago FB page and click the link to listen LIVE!!!! THE INTEGRATED BRAND MARKETING COMPANY, IS THE NEW OWNER OF 95.1 FM!!!!!!! FINALLY AM ABLE TO SCREAM!! "PURCHASED!" OK...NOW BACK TO WORK. THANK YOU GOD FOR JESUS!!!! THANK YOU TEAM, PARTNERS, LISTENERS, ADVERTISERS, FAMILY AND FRIENDS!!!! Love you all so much! Thank you Jesus!!!"

The takeover was complete

Posted by Professor Reggie Miles at 11:58 AM No comments:

A year ago, Lamont Watts made Chicago radio history by bringing an Internet Radio format to the mainstream terrestrial airwaves. As reported by Robert Feder,  "Since 2005 Watts has programmed the dance music format (Stepping) at clubstepping.com. This move will be historic because this format (stepping music) has not been done on a 24/7 basis on a terrestrial radio station".  Although the statement related some facts it was unclear about "clubsteppin.com" being an Internet Stream simulcasting to the 95.1 FM frequency. The focus of the article was on the steppers music "format". The confusion is because many terrestrial radio stations operate a dot com along with the terrestrial signal. People don't really know the differences in a terrestrial station and a dot com because both can be heard on a cellular device or smartphone.  The information in the article talks about the format with no specific information about Mr Watts being an owner of a RADIO station with call letters like WGCI, WVON, or WBMX. Mr Watts did not purchase a radio station Mr. Watts does not own a RADIO STATION. Mr Watts owns an Internet Stream "Clubsteppin.com".  To own an FCC licensed radio station call letters that begin with the letter W or  K (if the station location is west of the Mississippi river) are assigned to accompany the  station owners brand name for example possible call letter could have been WCSC (Club Stepping Chicago) 95.1 FM. The were no CALL LETTERS for CLUBSTEPPIN.com just the use of the 95.1 FM frequency.  An actual terrestrial radio station has owners, studios, transmitter and antenna. CLUBSTEPPIN.com is on the Internet which makes it an INTERNET STREAMING station not a terrestrial radio station. Clubsteppin.com is heard on the 95.1 FM frequency because it broadcasts from WLEY 107.9 HD2 and simulcasts the programming to two FM translators on the 95.1 FM frequency (see https://www.fcc.gov/media/radio/fm-translators-and-boosters). Club Steppin 95.1 fm is a simulcast of an internet operation to a terrestrial station. Moreover, the use of  technology to simulcast an internet station to a terrestrial station carries a huge expense. 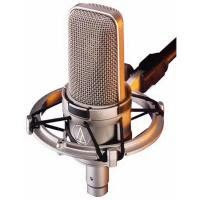 How to Set Up Your Own Internet Station

How to Set Up an Internet Radio Station
There are five quick an easy steps to set up and run an internet radio station. You can have a legal radio station that pays royalties for under $50. 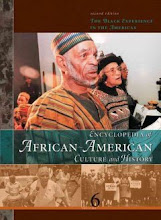